"Spindles must run smoothly for at least 5 years"

"What if the pressure of a pump is so high that the spindles wear out too quickly"?

This demand was fulfilled by a supplier of innovative analysis systems used in laboratories. Together with manufacturer Thomson, Eltrex Motion developed a ball screw with exactly the right number of bearings and the appropriate variation and deviation to tackle this challenge.

When we think of analysing samples, we often think of a laboratory technician who takes the time to look through a microscope at blood samples, for example. However, a manual process with a pipette is not sustainable if you are talking about thousands of samples per day. For this type of work, an automated process is needed.

The systems created by a Dutch customer of Eltrex Motion can be used in this situation. Among other things, this company provides (U)HPLC systems that serve as the front-end for Liquid Chromatography Mass Spectrometry (LC/MS) instruments. A ‘robot’ (the autosampler) offers the liquid samples to a detector that analyses the sample.

The liquid samples could be beer, coffee or cannabis, for example. Through the analysis, the suppliers of these products find out whether the desired components are present in the right proportions. High Performance Liquid Chromatography (HPLC) is a technique used to separate and identify different substances.

For even better separation, Ultra High Performance Liquid Chromatography (UHPLC) can also be used. The main difference with HPLC is that UHPLC works with much higher pressures. For example, the UHPLC pump from the aforementioned Dutch supplier of analysis systems offers a maximum working pressure of 1300 bar. For HPLC solutions, the pressure is typically around 250 bar.

High demands on the spindles

This high pressure, however, significantly increases the load on the pump components, including the spindles. “Normal spindles are not made to withstand that sort of pressure. Spindles with two or three orbits wear out too quickly”, explains a team manager from the Dutch manufacturer of analysis systems.

“The spindles must run smoothly for at least five years,” continues the team manager. “It is also very important that the spindles allow the pump to pump the liquids with a stable flow, otherwise you will end up with the wrong analysis result”.

Designed for a high carrying capacity

With these principles in mind, an engineering project was initiated with Eltrex Motion, with whom the company has worked closely for many years. “For a higher carrying capacity, we added more ball bearings, which ultimately resulted in more ball orbits”.

Eltrex Motion called in the help of the spindle manufacturer to achieve the correct variation and deviation for high accuracy and flawless operation. “We went to the manufacturer with our own testing setup. They could then immediately see which of the spindle parts they produce would and would not be suitable for us. `We can now be sure that we always have a spindle with the right variation and deviation”.

Joint steps have now also been taken within the supply chain. The spindles may be underway for weeks, particularly if they come by ship, for example. During this period, rust is a potential issue. This is an issue that the Dutch manufacturer of analysis systems has had to deal with in the past. “We have resolved this problem, however, with the right type of packaging. 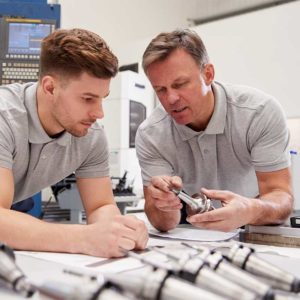 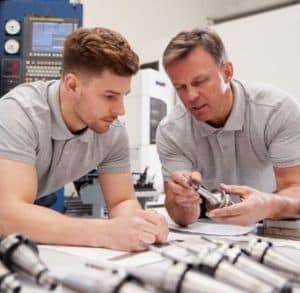 Read more about linear drive, regarding the benefits of electro-mechanical vs. pneumatic and hydraulic? Enter your e-mail address here and you will receive the PDF.

Would you like to read more about all the benefits and applications of Integrated Motors? Enter your e-mail address here and you will receive the PDF.