'We are striving for individual egg handling'

Sanovo’s egg grading machines can inspect and grade hundreds of thousands of eggs per hour and make sure that the eggs end up in the right packaging, while retaining the possibility of tracing the origin of each individual egg. Together with Eltrex Motion, Sanovo designed a new motor concept that ensures the packaging is always in the right position on the conveyor.

The Sanovo Technology Group, part of the Danish company Thornico, is fully specialised in eggs. For example, the company makes machines for pasteurising eggs, breaking eggs and separating the egg white from the egg yolk. Sanovo produces its egg grading machines in Aalten in the province of Gelderland. The machines ensure that smooth eggs are given the correct code and end up in the right packaging.

The machines produced in the Netherlands use vision systems to check the incoming eggs for leaks or remaining dirt. The approved eggs are weighed and classified, after which a further check is carried out for cracks. ‘We grade the eggs until you have a clean egg, with few cracks and a certain weight’, explains Jorrit van Hof, Electrical Engineer at the Sanovo Technology Group.

In the end, the machine ‘drops’ the eggs into the correct packaging. This last step requires the accurate operation of the box conveyor. This conveyor must ensure that the packaging – whether it is a tray with thirty eggs or a box for twelve eggs – is exactly below the ‘drop off point’ at exactly the right moment.

‘If you have a tray with five times six eggs, the conveyor belt has to move the tray five times in quick succession so that the free spaces in the tray are below the point where the eggs fall’, van Hof explains. ‘A box with two rows of six eggs involves two short steps. The conveyor motor plays an important role in this positioning and minimum capacity to be achieved’.

However, according to van Hof, the motor still has an important function in this process. ‘We are striving for “individual egg handling”. For each egg in a box, we want to be able to indicate which farmer it comes from. That is why the motor must not only have a certain power, but it must also be equipped with an encoder for traceability, which transmits the position of an egg to our software system. You always have to know where the box is’. 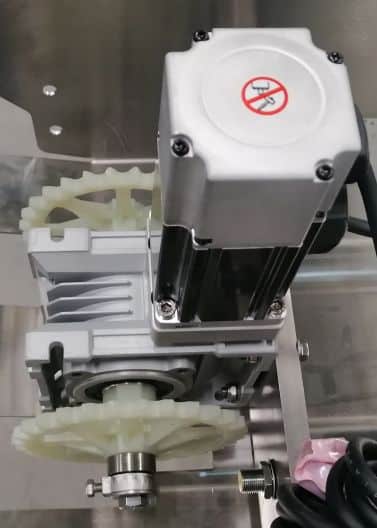 ‘You therefore need a motor capable of moving various types of packaging with a certain force and speed, and which lets you know where a box is’, concludes van Hof. But Sanovo places even more demands on the motor set. ‘The whole set must be dustproof and watertight at least IP65 so that we can spray it. In addition to a CE mark for the European market, the motor must also have a UL/cUL certificate for the North American market’.

Met deze eisen in het achterhoofd stelde Sanovo samen met With these requirements in mind, Sanovo, together with Eltrex Motion, put together a new motor set for the box conveyor. ‘In the specifications, we had not included what the motor should look like. In the initial phase Eltrex helped us in our search for the right and cost-effective solution. It was a very pleasant experience’.

The search led to a brushless servo motor from Moons Industries. ‘With a servo motor you need an encoder anyway’, says van Hof. Eltrex Motion attached an angled worm gearbox from Transtecno to the servo motor, which is easy to implement in Sanovo’s machines. In addition, the gearbox has a hollow shaft made of stainless steel that does not rust due to spraying or the use of chemicals.

The motor is equipped with a five-metre long motor cable and an equally long encoder cable that leads directly into the control box. It also includes two Moons drives for controlling the motor. The motor was originally supplied with shorter cables. Van Hof: ‘Eltrex Motion, in direct contact with Moons, has ensured that the cables are supplied to us in the correct length. As a result, we have now arrived at a design in which we do not need connectors. This will improve the sprayability of the entire set’.

Sanovo has since extensively tested the new motor set. ‘The solution has withstood the endurance tests well and has therefore proved itself in practice’, concludes van Hof. ‘There are no more showstoppers. We are now looking at how we can optimally set up the supply chain for the delivery of the various components from different suppliers’. 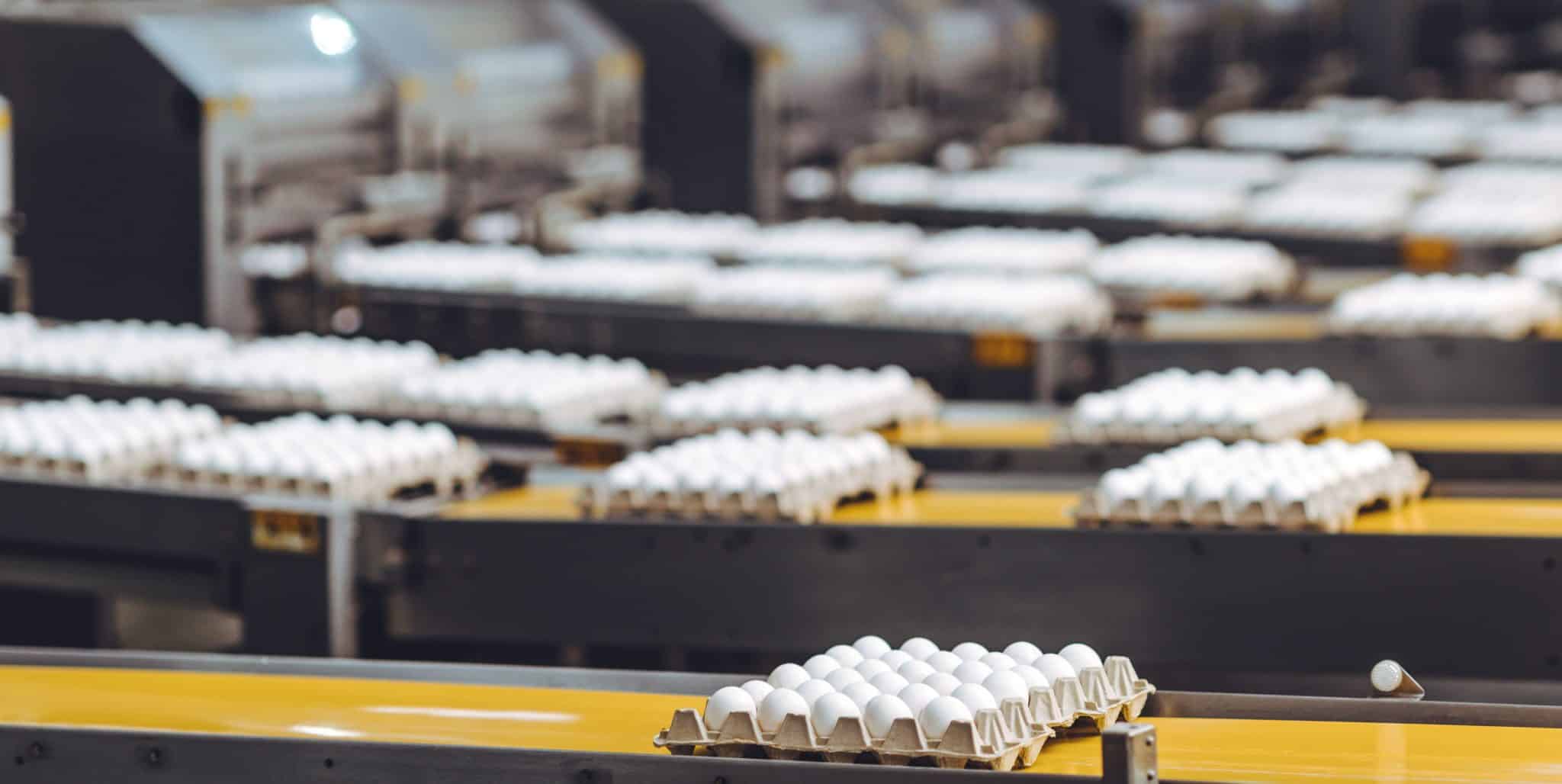 Do you want to receive the eBook about motion solutions in Intra Logistics? Then fill in the form and we will send you the download link to the PDF.

Would you like to read more about Intra Logistics in Motion? Enter your e-mail address here and you will receive the PDF.

Read more about linear drive, regarding the benefits of electro-mechanical vs. pneumatic and hydraulic? Enter your e-mail address here and you will receive the PDF.

Would you like to read more about all the benefits and applications of Integrated Motors? Enter your e-mail address here and you will receive the PDF.